Founded in 1994 as an online book marketplace and grown into a multinational e-commerce and cloud computing giant, Amazon is a perfect workplace for those who strive for knowledge and complexity of the tasks yet are prepared for a pace that can sometimes be hectic. The solutions Amazon offers sound like a geek’s dream — from countless Amazon Web Services to virtual assistant Alexa, software systems for multipurpose Amazon devices, and, of course, the marketplace itself. The range of locations is also impressive — from sunny Barcelona to expat-friendly Luxembourg.

So, even if working at Amazon is one of your treasured desires, you still can choose among projects and countries/cities to ensure that you are the most comfortable at your new home after the relocation.

To simplify your choice, we explored all the tech jobs at Amazon software development centers across Europe and presented the results in this fact compilation.

With around 18,000 employees across all offices, Amazon has an incredibly strong presence in Germany. The biggest software development centers found home in Berlin and Dresden, and both offices are mostly dedicated to AWS. The company is constantly looking for techies to contribute to the growth of Amazon Redshift, EC2 Accelerated Nitro, AWS Commerce, and other services or the AWS platform itself.

As for the Aachen and Tübingen offices, they are a bit smaller, but that does not impact the projects’ quality at all. Aachen-based employees focus on Alexa & AWS AI development, whereas the Tubingen office researches computer vision and casualty.

A quick tip: When considering relocation to Germany, keep in mind that your net salary will strongly depend on your tax class. Calculate your approximate take-home pay here.

Amazon Tech Jobs in the UK

Working at Amazon offices in the UK sounds like a pure delight for a techie since the most cutting-edge solutions are being developed there. Cambridge development center specializes in Prime Air (drone delivery solution), Alexa core development, Lab126 projects (software development for Amazon devices), and of course AWS. The Edinburgh office focuses on roughly the same initiatives and internal solutions for the Amazon Talent Acquisition team. London-based Amazonians also contribute to the development of Prime Air, Alexa, IMDb TV, Fire TV, and much more.

A smaller part of Amazon tech jobs in the UK presumes relocation to Bristol, where one can join IMDb TV or AWS Security teams.

A quick tip: Relocation to the UK can depend a lot on your family status, current citizenship, or university degree — check some personalized relocation tips here.

One of the most expat-friendly locations in Europe is famous not only for welcoming millions of immigrants who form 48% of the country’s population but also for hosting the Amazon European headquarters. Many Amazonians enjoy working and living in Luxembourg or commuting there from neighboring countries, such as Belgium, Germany, and France.

In the Luxembourg office, you can either build the core of Amazon’s marketplace as a part of the International Technology team or deliver solutions for inventory management, fulfillment, and delivery as a member of the Operations Technology department. What can be more exciting than working on the basic parts of Amazon while living in the heart of Europe?

A quick tip: Even if the current list of Amazon tech jobs in Luxembourg does not contain your dream position, this country is definitely worth your attention. Top-notch quality healthcare, education, and extreme expat-friendliness are what you can expect from the Grand Duchy. Explore available tech job opportunities in Luxembourg here — maybe another company is waiting just for you!

Amazon Tech Jobs in the Netherlands

Initially planned as a facility dedicated purely to AWS, the corporate Amazon office (in Hague) hasn’t changed its purpose over the years. The Hague office handles most of the company’s operations in the Netherlands. Its employees are committed to replenishing the top-notch Amazon Web Services, such as EC2 and WorkMail, with innovative features. In addition to that, the Hague is the third-largest city in the country and home to the HQs of many renowned tech companies, which is a pleasant bonus for those who are considering relocation.

If you opt for the Amsterdam office, you will get a chance to contribute to the company’s FinTech initiatives, as well as AWS Cloud9 and plenty of other Amazon Web Services. The city also has many perks for expats, especially if you are a keen cyclist!

A quick tip: The Dutch government offers a tax advantage (so-called ‘30% ruling’) for highly-skilled professionals who relocate to the Netherlands for work. You can calculate your net salary with consideration of this reimbursement ruling here.

Dublin, one of the greenest European capital cities, became home to Amazon’s corporate office with dozens of techies working there. Most of them improve the famous Amazon Web Services, such as Lambda, EC2, Cloudfront, or SES. Exciting, isn’t it? The cherry on top is that some of the company’s internal HR-Tech projects are also handled in the Dublin office.

In the next 2 years, Amazon is planning to reinforce its presence in Ireland by opening new offices in Dublin and Cork, increasing the number of Irish Amazonians to 5,000. As a result, the company will be actively recruiting software developers, DevOps and Big Data specialists. So, even if none of the Amazon tech jobs in Ireland seem like a perfect match for you at the moment, more opportunities are to come in the nearest future!

A quick tip: With 1,200+ startups and 250 global tech companies situated on its land, Dublin can certainly be named the global tech hub. Learn more about relocation to Ireland and the country itself here, and get some personalized tips for future expats!

The rapidly evolving Madrid Development Center hosts around 300 engineers (this number is constantly growing), who work on the core features of the Amazon marketplace, the B2B marketplace, and Kindle technologies. So, if creating a smooth shopping experience for millions of people across the world sounds like the next challenge for you, you should certainly consider relocation to sunny Madrid.

Meanwhile, Amazon is planning to expand its Spanish tech hub by the end of 2020 and open the AWS facility there in the next few years. Therefore, more exciting Amazon tech jobs in Spain are coming soon!

A quick tip: More tech jobs with relocation packages in Spain can be found here, even if nothing at Amazon suits you right now.

The Polish Amazon development center, located in Gdansk, welcomes those passionate about speech recognition technologies, natural language understanding, and text-to-speech algorithms. Along with software developers, the Gdansk office is also actively hiring machine learning engineers, embedded engineers, and data scientists. Among other Amazon teams located in Gdansk are also the Database Migration Acceleration department (helping Amazon clients migrate to AWS), Ring team (home security device), and others. Located in one of Poland’s most progressive parts, the Gdansk office has something to offer to those looking for complex and meaningful projects.

The Warsaw office, which was initially opened as an AWS center, also handles exciting IoT endeavors, such as software systems for Amazon Cloud Cam.

A quick tip: As Poland is quickly becoming a renowned European tech hub, more and more exciting job opportunities can be found there. Browse them here.

The Development Center in Iasi was the very first Amazon’s facility in Eastern Europe. Since 2005, it has been recruiting professionals for Amazon’s Retail (building core components of the marketplace, such as content creation tools), Compliance (product risk qualification), and AWS teams.

The Bucharest office was opened 12 years later and is also actively hiring for the Compliance Tech, Alexa, and EC2 teams. In addition to that, the Bucharest team also works on key technologies powering AWS, such as operating systems and networking.

A quick tip: Considering relocation to Romania? More exciting tech jobs in this country can be found here.

Although Amazon’s Italian, Swiss and Swedish offices are not hiring as actively as the development centers mentioned above, some exciting tech jobs can also be found. For instance, in Asti (Italy), you can join the team developing NICE DCV (Amazon’s high-performant remote display protocol). Zurich office is often looking for solution architects and machine learning engineers to join the AWS team. In contrast, the Stockholm office handles vital parts of other projects, such as Prime Video.

Like all the FAANG companies, Amazon offers generous relocation packages for new employees who come from abroad. However, judging from the fact that there is little to no information about the benefits for expats on the company’s official website, it can be said that these perks are highly negotiable.

Most of the former Amazonians say that there are two options to choose from: either a one-time payment that covers the majority of relocation expenses or a relocation package that includes covering travel costs, as well as home and car rental for a couple of months (a smaller cash bonus can also be included). So, your relocation package strongly depends on your negotiation skills, as well as the country you are moving to, the position, etc.

Finding a tech job at a company as large-scale as Amazon might seem tricky initially, but with proper motivation and preparation, everything is more than real. So, good luck with joining the 1M+ community of Amazonians at your dream destination. 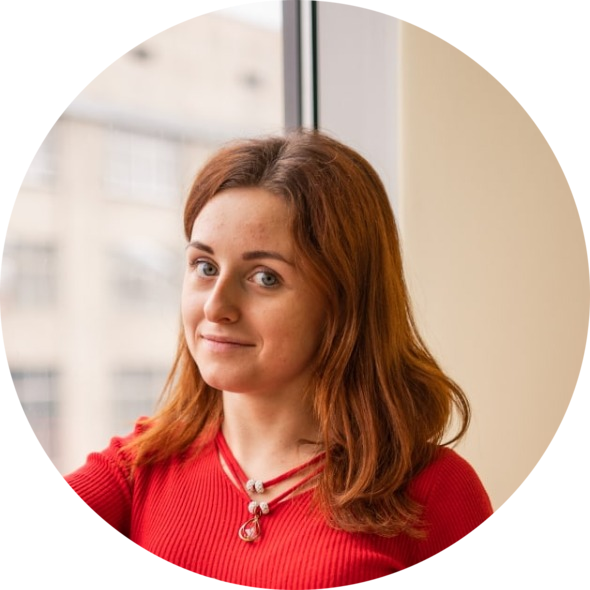