Is It Worth Moving to Germany as a Software Engineer?

Many industries have been affected by the coronavirus pandemic, causing many businesses worldwide to decrease budgets, pare down stuff, and even shut down due to significant monetary losses. What about the IT sector? It is in a different boat. Naturally, the pandemic hasn't gone entirely unnoticed for it, and many spheres were forced to shrink jobs and layoff employees (see tech startup layoffs), yet technology still stays strong. In fact, it's thriving and expanding due to the increased demand for communication platforms and tools like Zoom, Microsoft Teams, WhatsApp, etc., 5th generation technology, and different health-related apps, allowing us to get diagnosed, consulted, and treated online. So, if you're in search of new tech career opportunities, there's undoubtedly something in stock for you.

How about international IT jobs, however? The situation is challenging but not impossible, and if you're an IT mastermind, chances are you'll get a job. Obviously, in most cases, you will be offered to first work remotely, but in the future, once the Covid-19 pandemic ceases, you will have an opportunity to relocate.

What countries is it best to consider for moving? You may have your own preferences, but Germany would be the best place from the perspective of IT employment and IT jobs available. Let's see what makes it an excellent destination for international tech talent.

"Is Germany Good for Software Engineers?"

Yes, it is! First and foremost, the requirement of developers and software engineers in Germany is always high, which can be tracked by IT  jobs actively posted on job search websites. Second, it houses some of the fastest-growing tech companies like GotPhoto, Getsafe, Elinvar, FINN, Vimcar, and more. Finally, Germany is very friendly towards foreigners. So, if you know English and can say at least a few words in German, you should be able to get around it with ease. Besides, more often than not, you'll be offered free German classes as part of your relocation package. However, these aren't the only strong points, making this country an excellent place for relocation.

The main reason behind the desire to drive software engineers and software developers to move to Germany is work-life balance. According to OECD, Germany is ranked 8th out of 38, which means people here, while working 40 hours per week, have ample time for leisure, traveling, and personal care and do not work overtime. Salaries are pretty good too. To give you the gist of how much a software developer can make in Germany, the numbers start at €40,000 and can go up to €90,000. The wage depends on the company's size, your role in it, education, experience, and to which part of Germany you go. This number can go up to six figures with bonuses and compensations if you're a real IT whizz.

Typically, you'll be offered a higher salary in Munich than in smaller towns or suburbs, though the average rent costs will be higher too. At the same time, compared to New York, the rent in Munich is 52.68% lower, not to mention that it will be even cheaper in smaller towns, making Germany an attractive destination for expats from the USA.

Another reason that attracts expats to Germany is that it has one of the largest networks of tech startups and giant IT corporations that hire software engineers internationally. All these companies are spread all across the country, so you can choose where you'd like to live and to work.

If you lead an active lifestyle and love to be in the center of business life, you may be interested in moving to Berlin. The town is famed for its Silicon Allee campus with such IT giants as Facebook, Airbnb, N26, as well as startups looking for programming enthusiasts that want to make a career in IT.

Munich would be a more appealing destination for those who prefer a large urban city's dynamic lifestyle. It is the second-best place for IT engineering specialists, housing such large German corporations and international ones as BMW, Allianz, Amadeus, IBM, Microsoft General Electrics, Google, Amazon, Ingram Micro, and many others.

If you are more interested in Germany's cultural side and would love to live somewhere near the water, Hamburg is for you. The biggest port in Germany, this city is full of picturesque sites, landmarks, scenery, and architecture and is ideal for those who prefer a laid-back lifestyle. The tech environment here is pretty impressive too. Since the construction of a digital campus called HammerBrooklyn, Hamburg has become an attractive spot for IT corporations and startups from different fields, with ABOUT YOU, AppLike Group, and re:ceeve choosing to settle here, to name a few.

Naturally, this doesn't mean you can't work in any other town. In Germany, there's no shortage of IT employers all over the country, so you can go with any city that has the most appeal for you.

The Most Popular Programming Languages in Germany

The most famous and widely used language not only in Germany but also in the world, Java is in the lead. At the same time, it's also one of the hardest to hire skills, which lends many international developers an excellent opportunity to find a tech job with relocation to Germany.

Next are the C, C++, and C# programming languages that regularly show up in the job portal search. IT companies highly demand these languages all across the country, and if you know any of them, you can expect to get a lot of lucrative job opportunities down the road.

JavaScript is another industry favorite. According to BuiltWith, 21% of all websites that have been created in Germany are built with JavaScript. Consequently, there's a great tech environment for making a career and further developing your skills in this field.

Of course, the requirement of PHP stays as strong as always too.

Are you a Ruby developer? Then you will be happy to know that Ruby is a top popular programming language among many successful tech startups hunting for software engineers from all across the world.

That said, it doesn't mean that the other languages are not used and won't have takers. As was mentioned earlier, Germany is a real hub of IT companies, requiring all programming skills. It only means that with these skills under your belt, your chances of finding a well-paid tech job in Germany with a relocation package included will be higher.

Last but not least, Germany has one of the best social security systems. Thus, if you move and work in Germany, you will be automatically paying social security contributions that will let you claim unemployment benefits if you get unemployed and cover some medical costs in case of sickness. What's more, you will only be paying 20% of your gross income, whereas the rest, 20%, will be paid by the company, which makes these contributions quite reasonable.

Facts and Figures About Germany 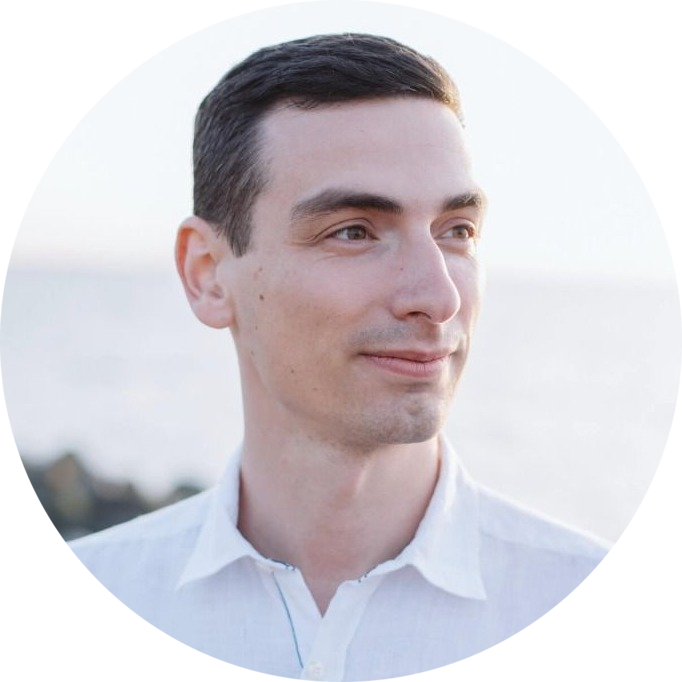 Andrew is a serial entrepreneur with more than a decade of recruiting experience in the tech field. To date, he has founded four startups, including Relocate.me and GlossaryTech. In the off time, Andrew is a long-distance swimmer and coffee taster.